“With thy wisdom and with thine understanding thou hast gotten thee riches, and hast gotten gold and silver into thy treasures:” Ezekiel 28:4
Arizona is known for many, giant copper porphyry deposits. The state's endowment of base metals, sometimes results in other deposits being overlooked by mining company execs even though the state has dozens of very attractive gold, silver, and massive sulfide and replacement deposits. The copper porphyries occur in extensive volcanic fields, filled with volcanic and plutonic rocks associated with large envelopes of hydrothermal and metasomatic alteration and mineralization. Overall, such geological environments are favorable for porphyry copper, gold, silver, lead, zinc, molybdenum deposits, associated copper, lead, zinc, manganese massive sulfides, replacement copper, silver deposits, gold, silver, copper vein deposits, and some gemstones and lapidary material (i.e., fire agate, opal, chalcedony, quartz crystals, chysocolla, turquoise, wulfenite, geodes, etc). Overall, the copper state has many very attractive gold deposits described in various geological reports and thesis studies at the US Geological Survey, Arizona Geological Survey, Arizona Geological Society, and publications and geological thesis projects at various universities in the state.
Reports by the Arizona Geological Survey and USGS, and papers by Hausel (2010, 2011a, 2011b, 2013) and books (Hausel, 2019, 2020) provide summaries of the many gold deposits in Arizona. One of these gold deposits, known as the Moss, was reopened in 2018. The historical mine not only has significant gold mineralization left in-situ by early miners, but also appears to have very good potential for discovery of additional gold resources in the nearby area extending both east and west of the historical workings.
The Moss lies 2-miles, on-trend, west of the Mossback mine (inactive), 5.5 miles northwest of the Gold Road mine (active), 11 miles southeast of the Katherine gold mine in the Union Pass district, and is the northernmost extent of known gold mineralization in the San Francisco district of the Black Mountains. Nearby towns include Bullhead City (6-miles west), and Oatman (6-miles southeast).
The Moss mine is located on the Moss vein: the vein, which has an N60oW-trend and 60o to 70oSW-dip. The mineralized structure is 45-feet wide locally, and pinches and swells along strike (Wilson and others, 1981). Gardner (1936) reports the structure to range from 20- to 100-feet wide: with mineralization in extensive stockworks and silicified zones. The deposit is described as epithermal, low-sulfide, quartz-calcite vein and stockworks system extending over a strike length of at least 4,500 feet (Nolan, 2010). Gardner (1936) indicates the vein could be traced for more than a mile along strike.

The vein is hosted by Tertiary, Moss quartz monzonite porphyry (Gardner, 1936; Noland, 2010), with the structure being open along strike and at depth. In the past, shafts were sunk 100- and 230-feet deep with 1,700-feet of drifts. A calcite-quartz stockworks vein occupies the hanging wall of a high-angle fault and is overlain by as much as 100-feet of low-grade, mineralized, stockworks and siliceous breccia classified as low-sulfide, adularia-sericite, epithermal vein typical of many near surface, hydrothermal systems. Such deposits are often related to paleo-hot springs and/or shallow geothermal systems. The vein has some fluorite (Lausen, 1931).

Along the southern portion of the vein, a group of conjugate veins occur in the hanging wall that have a similar trend, but dip northerly. Much of the historical gold and silver production from the vein was from conjugate veins.

In the 1980s, Harrison Mining dewatered the shaft and mined 3,000 to 5,000 tons of ore that averaged 0.29 opt Au. In 2004, Patriot Gold Corporation optioned the property and identified auriferous veins unrelated to the primary vein that include the Discovery and Ruth veins. In 2009, Northern Vertex picked up the property and drilled more than 670 holes (Preston, 2013). Holes drilled in the western extension of the vein were designed to test near surface quartz-carbonate stockworks open to the south. Multiple zones of stockworks veining (randomly oriented veins and veinlets, sometimes referred to as stinger zones) encountered within 500 feet of the surface, suggest potential for widespread mineralization to continue south. Eight additional drill holes demonstrate strong development of quartz-carbonate veins, breccia and stockworks that continue from the surface to at least 650 feet deep.

At the eastern extent of the mineralized zone, the Mossback mine lies along the edge of Mossback Wash. The property was claimed in 1863 and a shaft sunk to a depth of 800 feet. The vein is in andesite and as much as 90-feet wide with an 80o dip. Vein-filling consists of brecciated andesite and calcite with subordinate amounts of quartz, with spotty ore. In addition, the area appears to have an extensive gossan based on aerial photography (Hausel, 2020).
Recently, Elevation Gold Gold Mining Company published mineral resource estimates of gold and silver for the Moss mine as of December 2019. They report measured, indicated and inferred resources totaling 489,000 ounces of gold and 5, 838,000 ounces of silver.

Elevation Gold optioned the Moss in 2011 and constructed a pilot plant in 2014. After construction and commissioning of the mill and mine in 2018, Elevation Gold announced commercial production at the mine, effective September 2018. 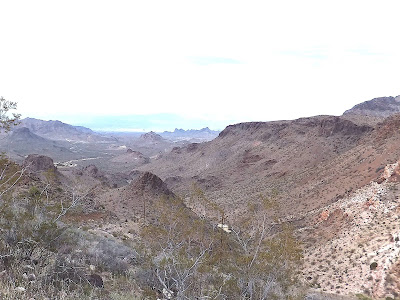 The operation features a an open pit. The ore is crushed, agglomerated and heap leached followed by processing in a metal recovery plant and refinery, with a final process of production of gold and silver doré bars.
An updated mineral resource estimate incorporating results of a 2019 reverse circulation infill drill program was disclosed in a December 18, 2019 press release. Drilling to the west of the current mining operation demonstrated there are significantly more resources within and adjacent to the open pit.

"The resource estimate update found that from the start of operations to December 31, 2019, mining operations depleted approximately 71,000 ounces of gold, however with drilling success, these mined ounces have been more than offset by an addition of 86,000 ounces of gold in the inferred category. In comparing the updated December 31, 2019 resource estimate to the resource estimate in the Technical Report, aggregate measured and indicated gold ounces fell by approximately 8% primarily due to depletion from mining activities, while inferred gold ounces grew by almost 300% due to the identification of new resources from infill drilling. Exploration upside potential at Moss is excellent as the deposit continues to remain open for resource expansion along strike (at both ends) and at depth".

Technical Report, 2021 on the Mineral Resource, Mineral Reserve, and Mine Plan for the Moss Mine 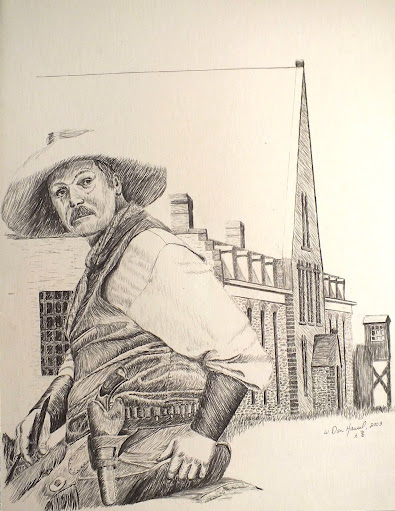